Let me explain it this way…

In the Harry Potter world, there exist creatures called Dementors that feed off happiness.

If you’re near a Dementor, all your happy feelings vanish. Depression and despair consume you.

The dementor’s kiss sucks the life, the soul out of you.

You become an empty shell and you feel lost and stuck... 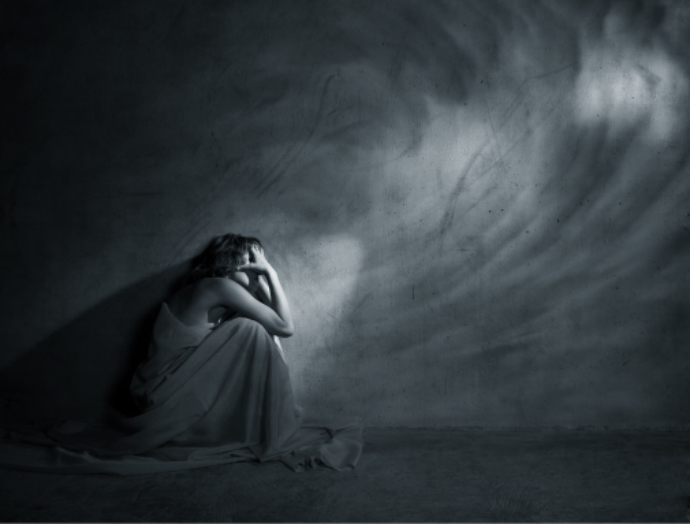 That’s exactly what those super-awful breakups feel like, except RECOVERY IS POSSIBLE.

I’ve helped hundreds of clients move on from this type of soul-destroying breakup using a proven HEAD and HEART approach. The approach I teach offers you a clear path to getting over your ex or moving past a seriously damaging breakup. But it all starts with 2 things...

Think of them as the 2 keys to unlocking your recovery and healing.

The 2 Keys to Moving On From Your Breakup

With these 2 keys, you can kiss the breakup blues goodbye!

I WANT TO START MOVING ON NOW!

The 1st Key to Moving On From Your Ex
- Your Heart

You already know your body is an electrical system.

But you may not know just how powerfully electric your heart is.

Believe it or not, it’s even more electric than your brain.

How much more electric is your heart?

The answer is more than 60 times! 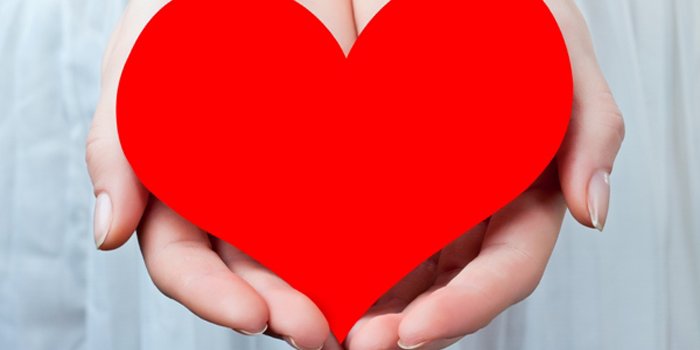 The heart’s electrical field has at least 60 times greater amplitude than brain waves.

And that’s not all…

The magnetic field produced by the heart is more than 5,000 times stronger than the brain's.

That’s not a typo. More than five thousand times.

The heart is literally powerful. It’s full of crazy amounts of power.

But there’s a dark side…

If your relationship was negative, your heart’s energy disruption is greater. Your heart's more broken.

And if your breakup was sudden, or nasty in some other way, then your heart's not just broken… It’s shattered. The pieces are harder to put back together.

And so you’re stuck in breakup hell.

To move on, your emotional energy must be restored from negative to positive.

From chaotic to calm.

How can it be restored?

We’re getting ahead of ourselves.

The 2nd Key to Moving On From Your Breakup
- Your Head

There are two types of mindsets:

> A Fixed Mindset: You think success is based on intelligence.

> A Growth Mindset: You think success is based on effort.

And which mindset you have matters. Big time. 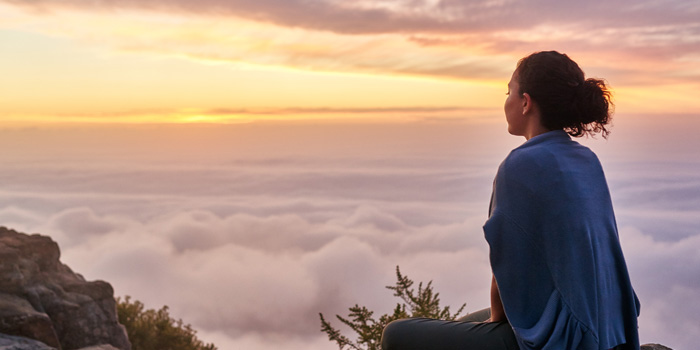 To change, you need a GROWTH MINDSET so you can move past life events without getting FIXED.

Why Most Breakup Advice Fails to Help

To move on from your breakup, you MUST eliminate your mindset barriers AND your negative emotional energy.

Most breakup advice ignores one or both of these integral healing keys.

For example, “talk it out”.

Sure, talking it out feels good for a while…

But it solidifies your mindset barriers and feeds your negative emotional energy.

Or take the advice, “Avoid contact with your ex”.

But doesn’t fix it,

It doesn’t restore you from negative emotional energy to positive and does nothing to break down your mindset barriers.

Result? You stay in breakup hell.

Another thing you hear is, “Be glad you learned who he/she really is”.

The biggest problem with this is it focuses on your ex.

But your recovery is dependent on YOUR mindset & emotional energy... not them.

That’s why I developed a step-by-step method and online guide for helping clients move on from these kind of breakups.

Result? The ability for you to move on from the messiest of break-ups with calm and confidence - even if you're mad as hell right now!

My step-by-step guide contains the 2 keys to help you unlock that door to your healing:

The 1st key is mindset, or The Head
The 2nd key is emotional energy, or The Heart

This guide takes a Head & Heart Approach to helping you move on...

Just follow the simple steps and you’ll break down your mindset barriers and replace them with mindset boosters. You’ll transform your emotional energy from negative to positive… It really works!

That’s because I’m always improving it based on new research, client results, and guide feedback.

So when you access my guide, you’re getting the latest & greatest step-by-step method to help you move on from your ex.

Plus, my guide is as short as it’s effective…

You’ll finish my guide content in 5 hours or less.

The steps are easy to understand. Simple to follow. Quick to finish.

What's inside the course? 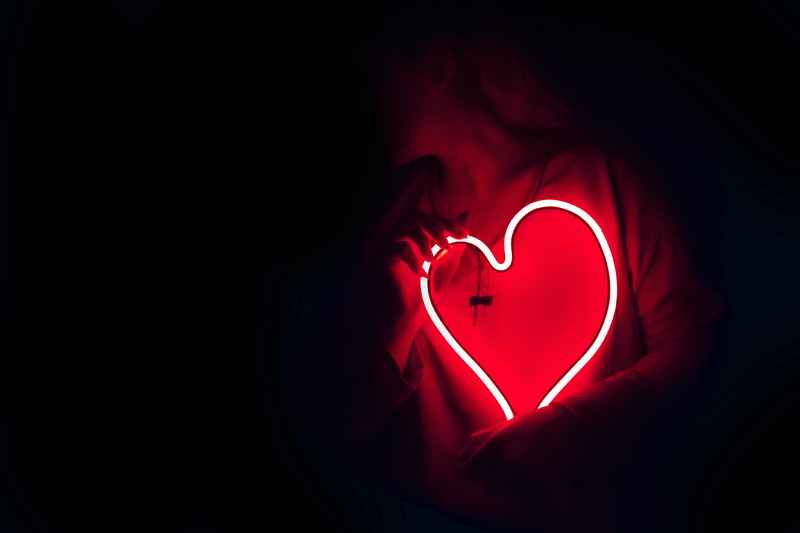 An 8-Step Process for Working through your relationship breakup 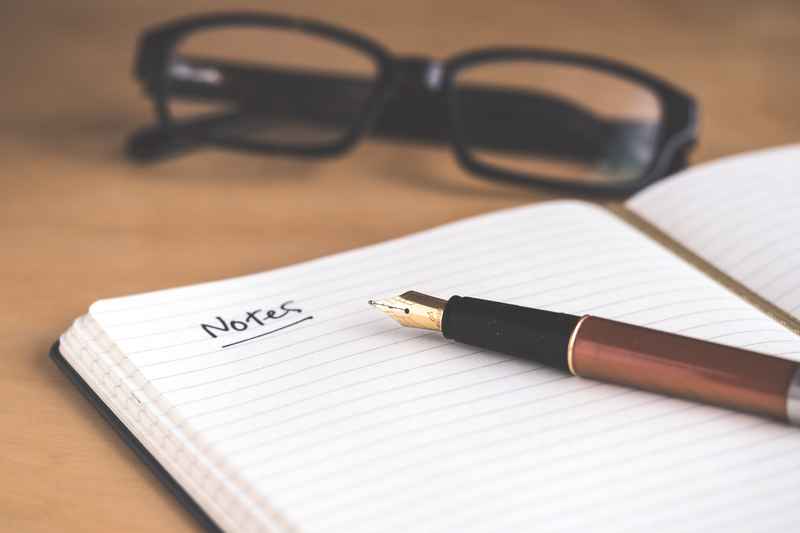 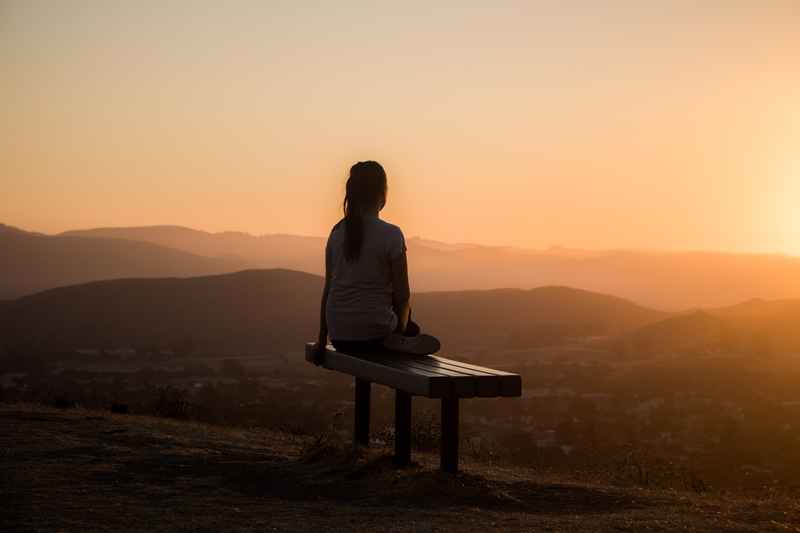 Meditation Tracks to let go of cords and energy connections 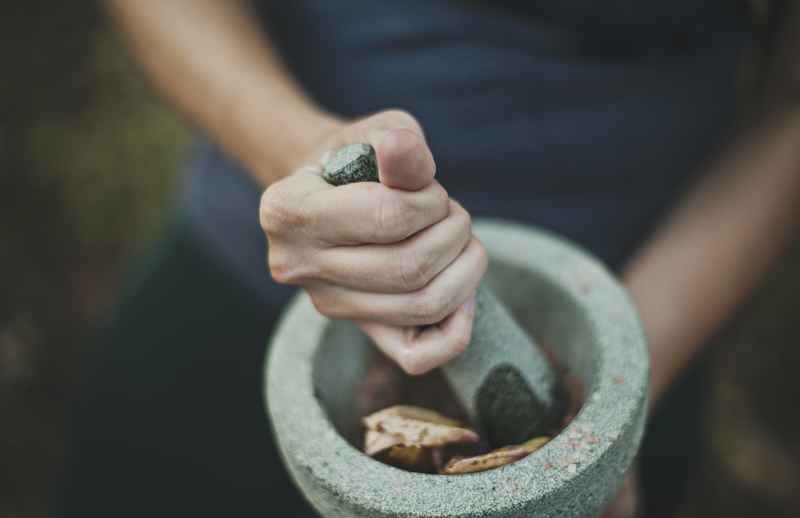 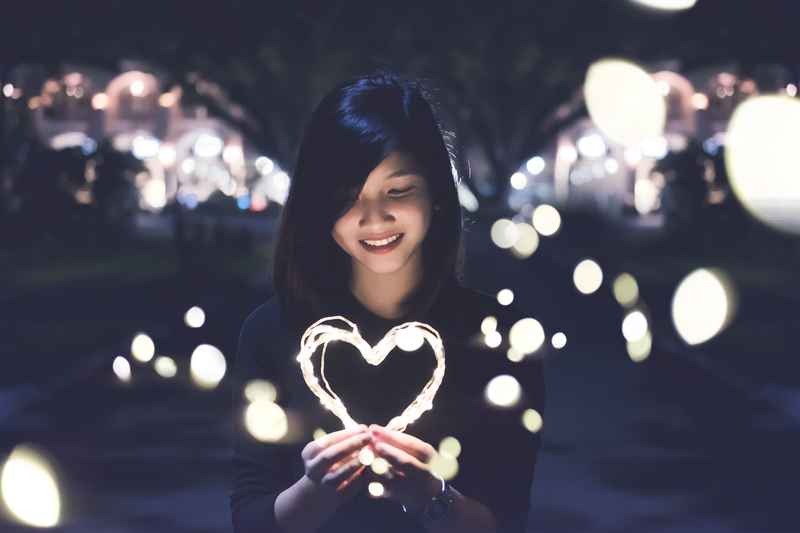 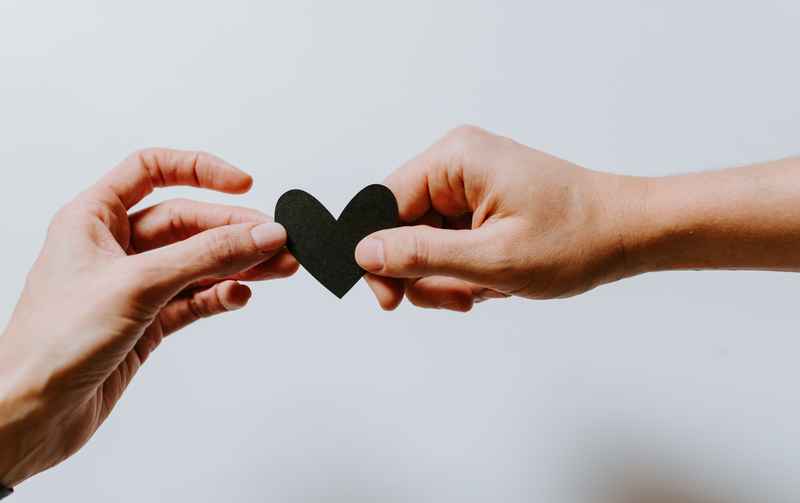 an invitation for 1:1 personal support with debbie pask to help you move on

After Taking This Course...

You will be able to let go of the attachment and cording to your lover that is keeping you stuck.

You will feel back to your centre and not feel as lost, stuck or sad.

You will feel more empowered and in command of your life and emotions.

You will reconnect with your inner wisdom and grow personally from understanding your love lessons and how you can move past them to a healthier relationship.

You will have greater inner peace and revolved mindset to move forward in life. 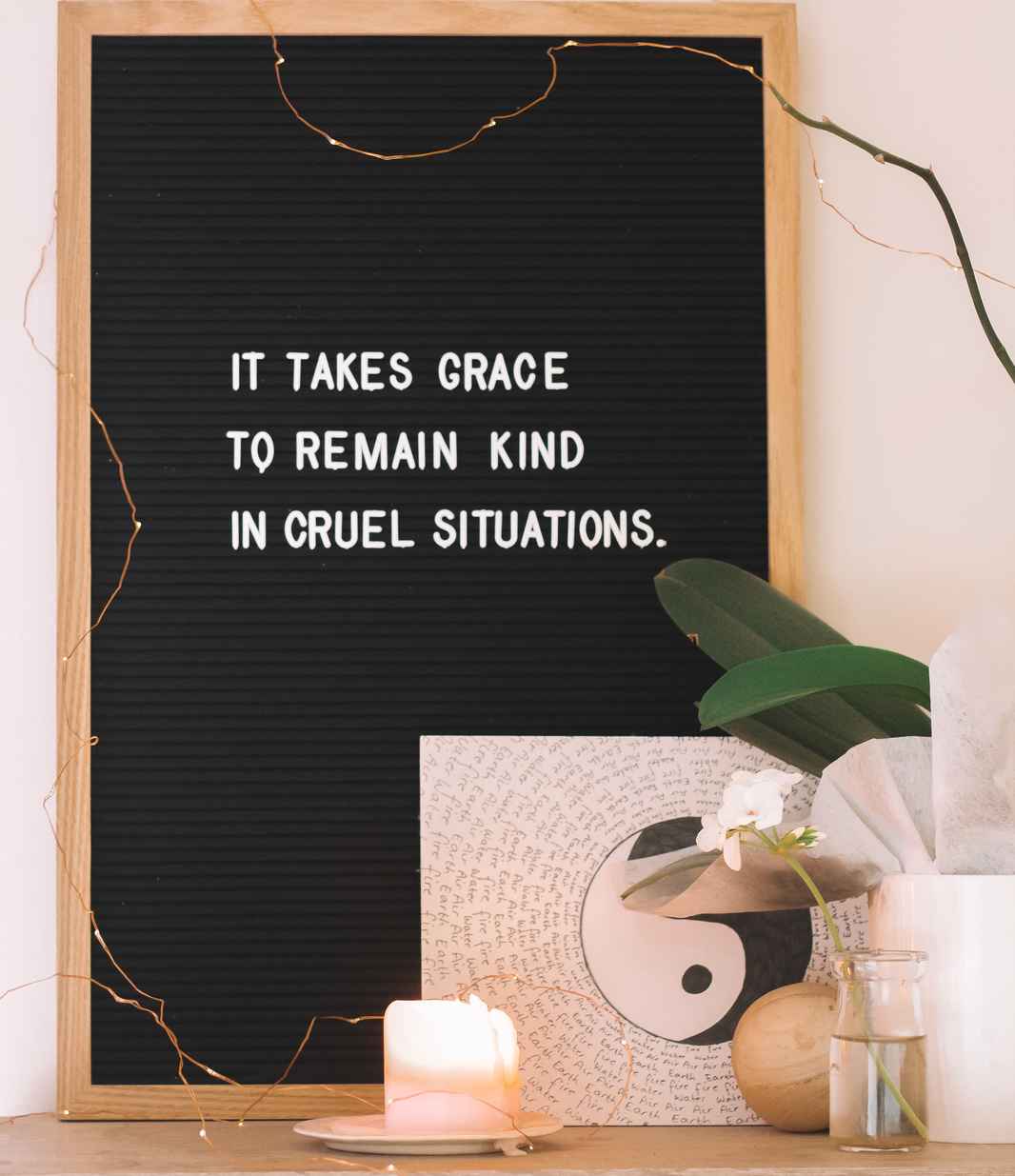 This course is a must-do if you...

Have broken up from a loving relationship and still struggling with difficult emotions, negative energy, or letting go (could be a recent breakup or several years later).

You are currently in a toxic relationship and ready to leave but struggling to let go and find the right headspace to walk away. 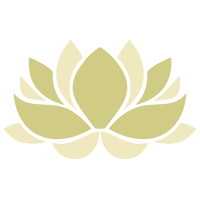 WANT TO FREE YOURSELF FROM YOUR EX's NEGATIVE ENERGY?

ARE YOU READY TO LET THEM GO BUT DON'T KNOW HOW?

IT'S TIME TO MOVE ON

and I've got the exact process you need to make it happen quickly and easily!

You won’t need to schedule an appointment with me or talk to anyone.

You won’t need to watch endless hours of video, or read countless pages.

All you need is just AUD$79 and internet access to watch, learn and implement this life-changing advice, based on my unique Head & Heart approach that’s proven to work - every time!

How long does it take to do the course?

On average, if you follow all of the steps, around 4- 6 hours in total.

How quickly will I see results?

You will feel calmer and more in charge of your feelings with every step (8 steps in total). As we are all different, we run at our own pace. However, most people say they feel an instant relief knowing WHY they had to go through this hard time.

Unlimited. You can come back to this course anytime.

You will receive a login email to access the course straight away. Then you simply need an internet connect and device to watch the content as you need. All 8 steps are delivered immediately. You can also ask any questions about the course material to program creator – Debbie Pask. 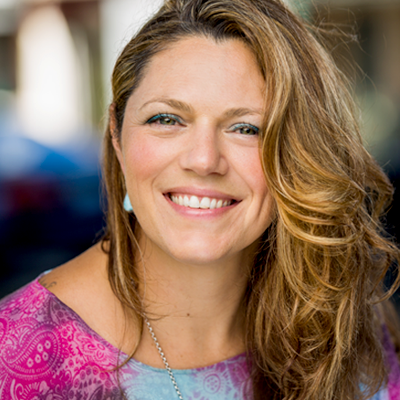 About the Process Creator

My name is Debbie Pask, and for years I have helped thousands of clients recover and heal from negative cording to their ex-partners. Learn how you can move on from a toxic relationship and be on your way to feeling better about yourself and your life.

For the past 15 years, I've done thousands of personal coaching and healing sessions with people of different backgrounds. These individuals include stressed out top corporate executives to clients who have faced trauma or negative relationships in their lives. Over the years, I found recurring issues which stop people from achieving their personal, professional and spiritual goals and this short e-course aims to address these challenges.